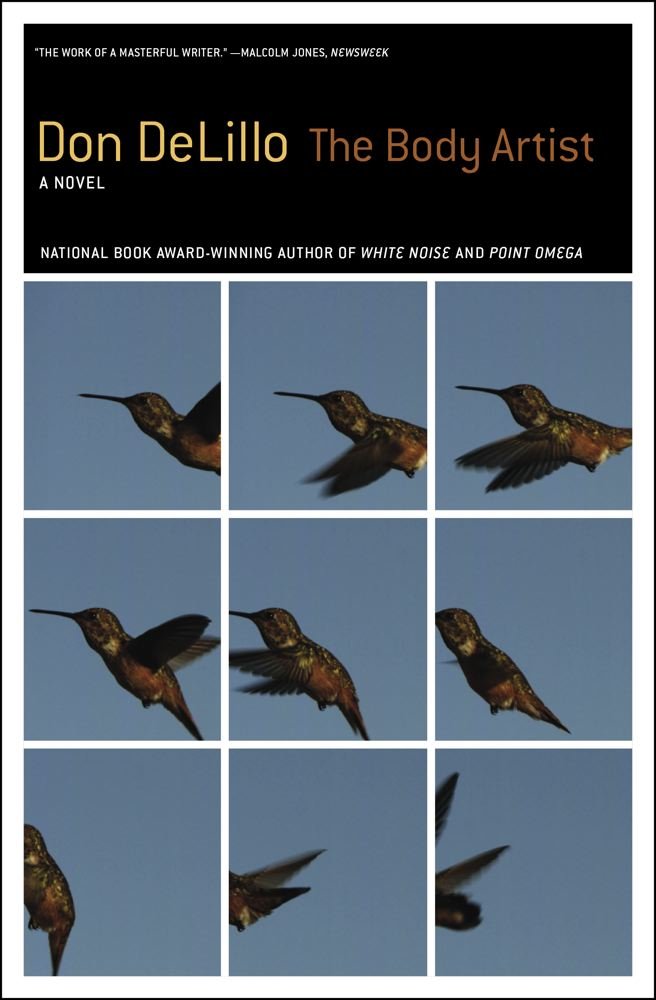 Below is an piece I pulled from an essay written on the Novel The Body Artist by Don DeLillo.

Ultimately, Lauren deals with her traumatic past by showcasing her art, “Body Time”. The show was only advertised by word of mouth, another form of body language symbolic to the novel according to Longmuir. Moreover, in her show, Lauren transforms into several different characters that cross genders, too, showing that she has a masculine-feminine mindset. The transformation of each individual lies with the transformation that Lauren went through herself while designing the show and grappling with yet another loss in her life. Not only is shedding her body working on her inward emotions, Lauren changes her body aesthetically in order to make herself a literal “blank slate” by bleaching her hair, cutting it short, and exfoliating her skin so that only her palest and most colorless epidermis remains, “This was her work, to disappear from all her former venues of aspect and bearing and to become a blankness, a body slate erased of every past resemblance.” (86). this is another example of Lauren changing herself and her art in order to manage the loss of her husband. She can only become an improved version of herself if she rids her body of trauma entirely and changes herself from what she was like while with Rey from the inside-out.